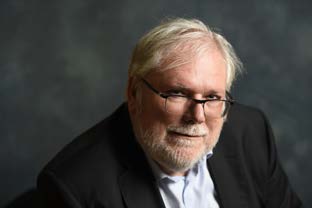 On September 28th last, after first auditioning all the candidates and taking into account the views of the views of the strategic planning committee, of the administrators of the FCS « Paris Sciences & Lettres – Quartier latin » Mr. Alain Fuchs was elected President, with 24 vots « for », 1 vote « against » and 1 abstention.

On October 5th, the administrators of the ComUE validated the proposal which they had received from the council of members and unanimously elected Alain Fuchs president of the public public body. The votes were as follows : 28 votes « for », 0 votes « against » and 0 abstention.

Alain Fuchs has been President of the CNRS since January 2010. Professor at the Pierre et Marie Curie University, Professeur à l’Université Pierre et Marie Curie, one time CNRS research director, he has been Director of Chimie ParisTech since January 1st 2006. Founder of the Orsay physical chemistry laboratory, which he directed until 2006, Alain Fuchs has devoted his research to the modelling and simulation of confined fluids. He has also been president of section 13 (Physico-chimistry : molecules, media) of the National Committee for Scientific Research from 2004 to 2007 as well as of the physical chemistry division of the French Society for Chemistry and Physics from 2002 to 2005.

Alain Fuchs is Knight of the National Order of the Legion of Honour, and of the Palmes Acadekiques, Officer in the Ordre national du Mérite, , Fellow of the Royal Society of Chemistry, member of the Academia Europaea, Doctor Honoris Causa de l’université du Québec à Montreal, laureate of the Alumni Award 2011 of the Lausanne Ecole Polytechnique fédérale and also Lew Kuan Yew Distinguished visitor, Singapore 2015.

The research university Paris Sciences & Lettres (PSL) furnishes the ideal environment for the development of an academic culture of excellence, of creativity and of innovation : 4 500 researcher lecturers, , 181 laboratories, 20 000 students and about ten "incubators", fablabs and co-working units for entrepreneurial students in the very heart of Paris. The arts, the sciences, engineering studies, humanities and social sciences constitute the hub of its intellectual and scientific ambition. A global university, profoundly interdisciplinary, selective, devoted to the promotion of talent and of the principle of equal opportunities for all, PSL is creating the world of tomorrow.